One of the earliest memories I have is of walking through a dusty building that my mother called “The Good Wheel.”  At least that is what I thought she called it.  Little did I know that she was sparking in my tiny frame a muscle memory that would drive my need for secondhand clothing forever.

I had been thrifted.

Although some of you might know what I’m talking about, there are others who have no clue the addiction that I live with.  So you like heroin?  Is it available on virtually every corner of every street every Friday, Saturday, and Sunday?  I didn’t think so.  Is it offered for 50% off every other Saturday?  Nope.  Can you get it for the same price as a McDonald’s 6-Piece Chicken Nugget Kid’s Meal?

Not unless you want to see demons eating your toes for the next 12 hours, I bet. 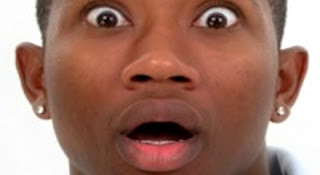 Do you want fries that look like a Godzilla Baby with that?

Anyway, the problem with thrifting is that is totally available and totally cheap, all the time.  I literally have to stop myself from going into one if I see it.  It really has become kind of a quest for me.  Once, a fellow teacher asked me the first thing I look for when I move to a new place.  He told me later that people usually just said, “Doctors” or “Dentists.”  He was pretty shocked when I said, without hesitation, “A good thrift store.”

What is wrong with me?  Is this an outward manifestation of my inner lack of self-esteem?  Has my worldview been skewed by years of just-above-the-poverty-line shopping (as taught by my mother)?  Is this an indication of my tendency towards hoarding and you’ll eventually see me on TV, tearfully saying goodbye to a pumpkin that went rotten 6 months before?

There is a certain thrill that only thrifters know.  It is almost a transcendental experience for me.  As I drive towards my home, the thrift store gleams on the side of the road.  “Come to me,” it whispers.  “I have a secret that only you can find.” 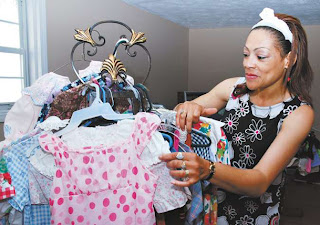 Look! A jumper that also lets you see through time!

There is a special zen that I go into when I enter a thrift store. There is an instinctive, money-saving part of me that opens up to the universe and says, “What is my fated object?”  Because, that’s a thrifter’s mantra.  We truly believe that the things we find in the thrift store has been fated for our hands.  I can’t even say that with irony.  I truly believe that there have been a number of things that were meant for only me to find.

For example, I recently went into a thrift store looking for an electric piano.  Because I needed it, that’s why. Anyway, I looked around and realized that there were no electric pianos in stock today, so I decided to leave.

As I was gathering Abigail and quelling the maelstrom that she inevitably trails behind her, I saw a man out of the corner of my eye pulling a large object off of the top shelf in electronics.  Of course!  A lovely electric piano!  I thrift-stalked him for about 10 minutes.  He looked at it, I looked at the broken fans.  He fiddled with the keys, I fiddled with an armchair that smelled like corduroy farts.  Finally, when I had just made up my mind to tell him that his car had just been firebombed (one does what one must), he put it down.

The first rule of thrifting is:  Do not show any interest in anything that anyone else is holding.  It’s like poking your arm with a fork and then waving it around in a shark tank.  They will descend upon it, smelling the delicious perfume of a gratifying “steal.”

When I went to pick up the electric piano, I realized why he had put it down.  It didn’t work.  Sure, the power came on, but nothing came out.  Sad, but not beaten, I tried to get it to play notes for a good 10 minutes until a thrift store worker came by.

The second rule of thrifting:  There are two types of thrift store workers, lovers and fighters.  The fighters are the ones who wish they were anywhere else.  The lovers are the ones who put shoes they are going to buy later in a secret bin buried underneath the 1980’s laptop cases.

This guy was a lover, so he could see that I was a professional.  I asked him about the electric piano.  He said it had been working yesterday.  I told him that it wasn’t working anymore.  He shrugged and said he would just throw it away.

The third rule of thrifting:  The best time to buy is when something is about to be thrown away!!

Now, when I told Kyle this story he hrumphed at me and said, “Waste of two dollars.”  Haters always gotta be hatin’.

I took it home, opened it up, and blew on the internal parts.  That’s also another good rule.  Blowing on things usually makes them work better.  When I put the parts back together, viola!!  It worked like a charm.  I was so happy that I actually cried.  Really.

The fourth rule of thrifting:  Thank the universe.  Whoever is up there really likes to give stuff to people who appreciate it.

I cried not because it was such a good deal, although it was.  I cried because I had wanted that electric piano to teach a group of drop-outs and prison preparatory students how to sing for graduation.  I cried because I had been in the right place at the right time and God had noticed that I was also cheap.  It made me feel like my personal obsession with thrift had less to do with my inner child and more to do with my inner connection to the divine. 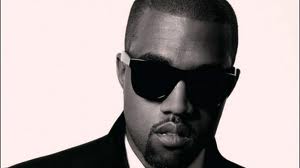 “I just want to thank Mrs. Willow for bringing in that $2 electric keyboard. She changed my life.”

But, the things we surround ourselves do matter, and they do change us.  I don’t know the kind of people that surround themselves with the new.  Maybe I do and I just don’t think about them.  As for me, I don’t feel that would be honest.  My choice is to surround myself with things that speak to me, artifacts that tell the pain and joy of the human condition.  It doesn’t really matter that they weren’t mine to begin with.  When I touch these things, I get a sense of reincarnation that verifies my connection to all the owners before me, and the ones yet to come.