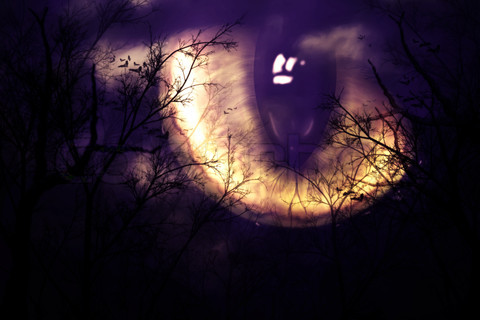 Werewolves, murderers, water nixies, and the devil himself are just a few of the horrors that Grimm collected in their vast story search of the early 1600’s. Scary fairy tales have lived in the minds of creepy Omas and Opas for hundreds of years, just waiting for fresh, young ears to infect. While some of these stories have sweet and syrupy elements, most are crafted to teach often-frightening lessons to unsuspecting children. Obviously, scary fairy tales have worked their magic on another generation, since I am about to pass on my stories to you. Just don’t tell them to your kids. 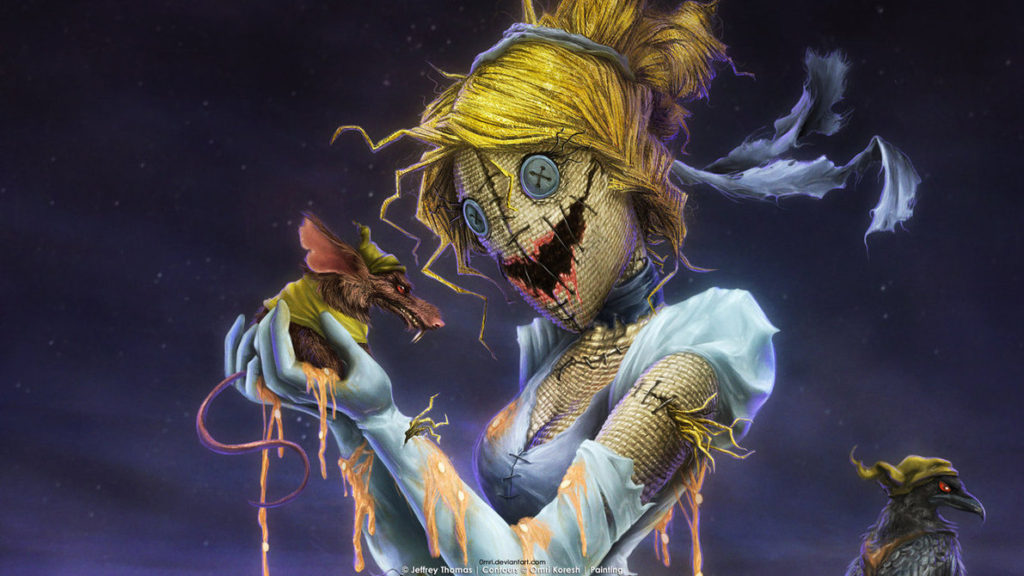 A tale of blood sacrifice and paranormal revenge.

As one of the bloodiest stories in the Grimm collection, this scary fairy tale teaches the value of tending graves and letting the universe take revenge on your enemies.

In the original version of this scary fairy tale, the two stepsisters were beautiful, Cinderella was abused and the Stepmother was a knife-wielding opportunist that wouldn’t take no for an answer. After the ball, which lasted 3 days, the prince comes looking for the girl he danced with. When the stepmother sees that he will be trying the shoe on all of the girls, she convinces her two daughters to let her cut pieces of their feet off in order to fit. They acquiesce, believing their mother who says, “When you’re a princess, you’ll never have to walk again.” The only reason the prince doesn’t marry either of them is because the birds in the tree that grows over Cinderella’s mother’s grave tell the prince that the shoe is bloody when the carriage passes beneath it.

After returning the damaged goods twice, he does finally try it on Cinderella and the shoe fits. At the wedding, the flock of birds that haunt Cinderella’s grave dives down and eats the eyes out of the stepmother and stepsisters, leaving them blind. 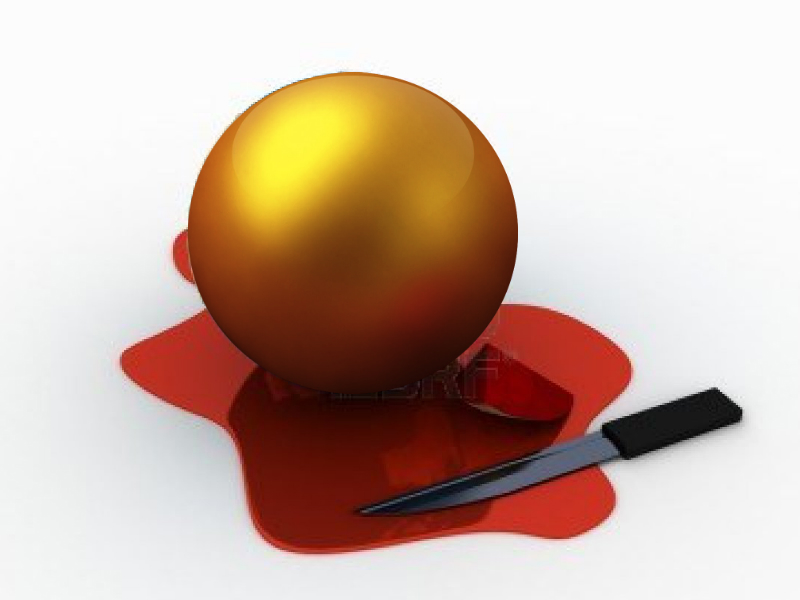 Who says serial killers didn’t exist in the 17th century?

There is a lesson in this scary fairy tale, mostly about not trusting men who come to steal your daughters away in baskets.

A poor country man has 3 daughters. When a rich-looking man with a wicker basket shows up, he is only too excited to sell his oldest daughter off as a bride. The man doesn’t ask too many questions when the same man shows up a year later to buy another of his daughters, and is easily convinced when the man returns for his final daughter, a year after that.

The young woman finds herself stuffed into the basket and taken somewhere into the woods. The man says he needs to travel and gives her order to prepare the house for the large wedding party he has prepared upon his return. He gives her all the keys to his house and a golden ball, telling her she can go to any room in the house except the one in the basement. She, being wiser than her sisters, sets the golden ball and key aside before she begins exploring. When she looks in the basement room, she finds a bloody torture chamber with the severed heads of her sisters hanging from meat hooks. Each girl had been given the same ball, keys and instructions, but had dropped the ball in the basement, covering the magical ball in blood that wouldn’t come off.

The girl takes all their parts, reanimates them by putting them back together and then hides them in a basket of gold. When her husband returns, she asks him to take the basket as a present for her father. While he is gone, she puts on a bird costume and escapes back to her father’s house, using a dead skull in the window as a decoy for all the people asking “Where is the bride?” When the sorcerer returns and all his friends are gathered for the feast, the girl, her sisters and her father trap them in the house and burns them all to death. 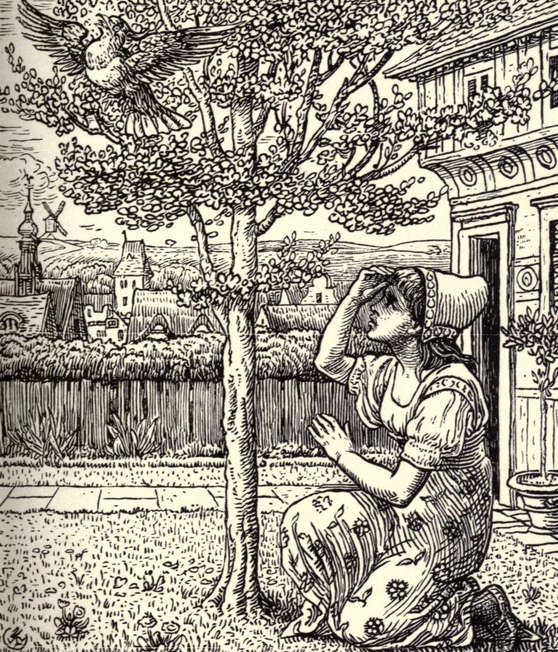 Probably the goriest, creepiest fairy tale in the whole Grimm canon, The Juniper Tree is a story of infanticide and revenge. Even my high school students thought it was scary, and most of them had seen all the “Saw” movies.

There is a man who has two kids. His wife dies, so he naturally takes a new one. She hates the baby boy, so she manages to chop his head off with the heavy lid of a trunk. She then sets the head on the boy and sends the girl in to talk with the corpse. When the head falls off, the woman blames the little girl and she is distressed enough to help make the boy into soup. She then buries the bones underneath a Juniper tree.

When the father comes home, the woman feeds him the soup, which he eats all alone with relish. In the meantime, the girl cries at the foot of the Juniper tree and a little bird shows up who sings the most beautiful song. The girl momentarily forgets her sadness and the bird throws her a new pair of red shoes. She runs in to tell her father, and he comes out to hear the bird. He forgets the strange sadness that overtakes him after he eats his soup and the bird throws down a golden chain. The evil wife hears this, and rushes outside to listen to the bird. The bird throws a millstone upon her and crushes her dead. 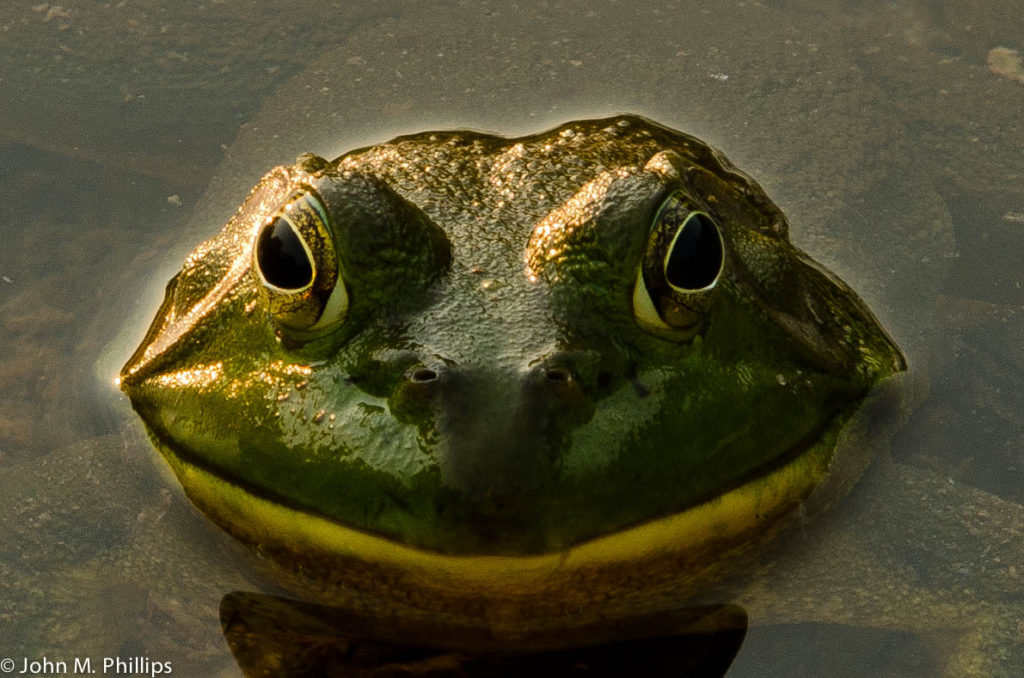 Don’t be lazy, or a toad will eat your face off.

This is a pretty typical Grimm fairy tale, except for the horrible face-eating end.

There is a girl who has a horrible stepmother and stepsister. The stepmother hates her and the stepsister is lazy. To get rid of the girl, the stepmother throws her down the well so that she’ll drown.

When the girl wakes up, she is a beautiful land. As she walks, she sees things that need to be done: an apple tree that needs to be picked, bread that needs to be baked and a house that needs to be cleaned. She does it all without even thinking about payment. When she finishes cleaning the house, a creepy old woman, Mother Holle, shows up and asks her to be a servant in the land. The girl accepts and works diligently for an entire year. When her service is up, Mother Holle loads her up with gold and jewels and sends her back.

Upon her arrival the stepmother and stepsister and envious of her good fortune. In fact, when the girl begins to tell her story, diamonds and jewels spill from her lips. She doesn’t even finish her story and the stepmother has pushed her own daughter down the hole. Unfortunately, because the girl is so lazy, she doesn’t do anything. She doesn’t pick the apples, she allows the bread to burn and she shows up at Mother Holle’s demanding to be made a servant. Mother Holle does, but lets her go after only a few days. When she requests a reward, Mother Holle covers her in pitch and sends her home. When she arrives and begins to tell her story, toads and snakes spew from her mouth. A giant toad lands on her mother’s face and remains there still, chewing on her nose forever.

How Some Children Played At Slaughtering

Not so much a fairy tale as a gruesome game of, “What’s the worst that can happen?”

There were some children who decided to play being butchers. One of them was the butcher, the other the pig. The little butcher took the pig by the next and slit his throat, catching his blood in a little bowl. When the authorities saw him, they devised a way to know whether the boy was evil or just playing a game. When the boy was given a choice between a gold coin or a delicious apple, the boy chose the apple and so was set free.

Two little boys saw their father butchering a pig and decided to reenact it. The older brother slit his younger brother’s throat. The mother, upstairs bathing their littlest brother, ran downstairs to see what was happening. When she saw what had been done, she was so mad she killed the oldest boy with the knife. She remembered her youngest babe in the bathtub, but it was too late: the baby was drowned. She was so distraught, she hung herself. When her husband came home, he was devastated. He died of a broken heart only days later. 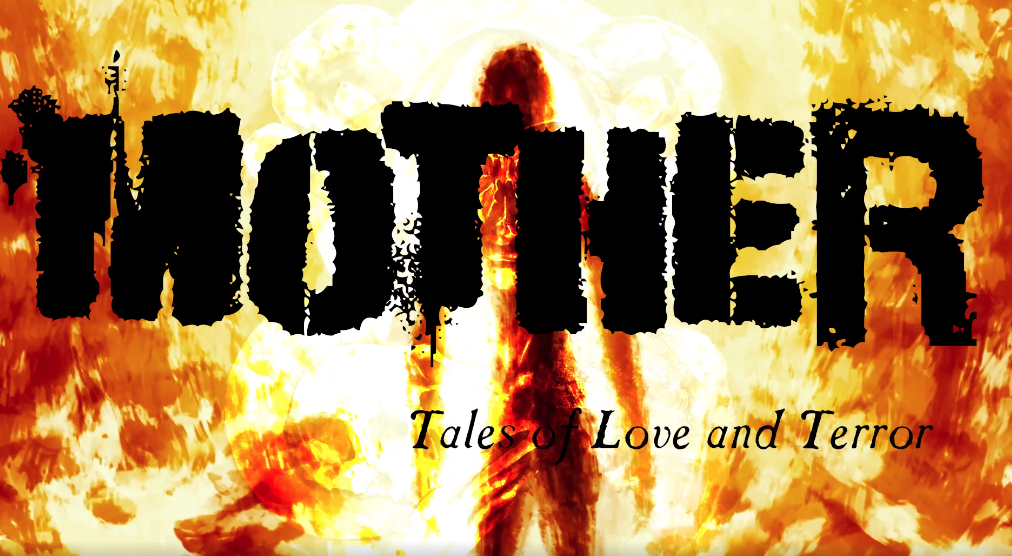 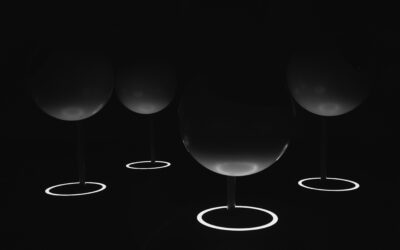 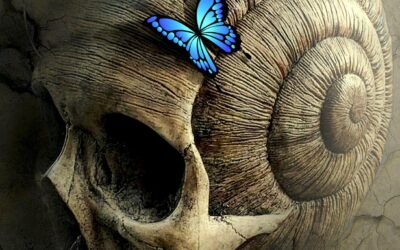 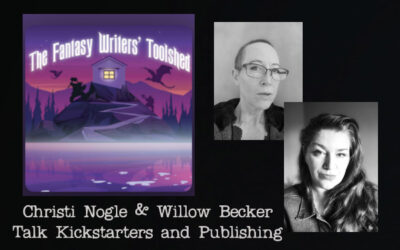