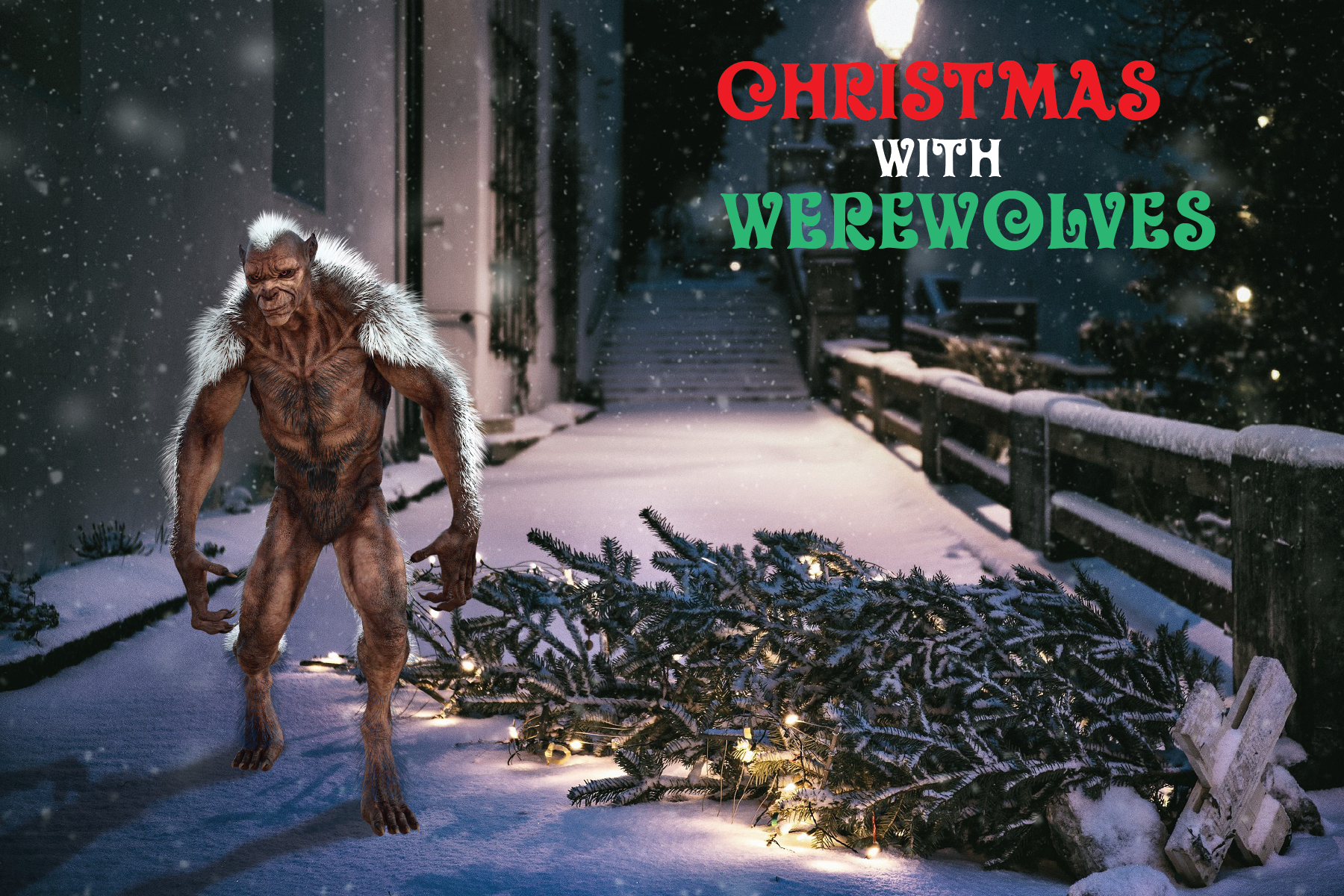 The winter solstice (the longest night of the year) has often been seen as a time of year that attracts monsters—vampires, witches, and werewolves among them. The ways to become a werewolf for Christmas are interesting and varied, and none of them require a bite. In fact, many of the legends start with a baby. Kinda like that other Christmas story.

How Did Christmas Get Mixed Up with Werewolves?

Although the idea was most prevalent in the Middle Ages in northeastern Europe, some think that the connection between werewolves and Christmas actually predates Christmas as an early Greek and pagan tradition. One theory suggests that the connection between Christmas and werewolves boil down to the Greek kallikantzaroi. This monkey-like monster’s name comes from the Turkish kara-kondjolos: Kara meaning “black,” and koncolos, meaning “bloodsucker” or “werewolf.”

The Greek kallikantzaroi were demons typically focused on sawing down the World Tree at the roots and, thus, reality and earth life as we know it. But these monsters were unleashed on the days between December 25th and January 6th to come above ground, allowed to terrorize earthlings for Epiphany. Although it meant scary times for medieval humans, it also allowed the World Tree’s roots to heal. When the days got a little longer, the kallikantzaroi were forced back down below the earth, faced with a completely healed world tree and reluctantly returned to their task for another year.

After a while the myths and folklore about werewolf babies began to appeal to the growing Christian sect as well. They perpetuated the beliefs of werewolves and other various curses befalling the children born on Christmas because no one else should try and emulate the holy Christ-child by being born on His day. Then, they took it even further. Werewolf damnation was declared on the child who was conceived during this most holy time as well.

So, it’s too bad if you have a werewolf baby. But exactly what do you do if you don’t want to spend every full moon babysitting a puppy?

If a child was born at Christmas, parents had a small window of opportunity to perform elaborate rituals which would keep their sons and daughters from becoming werewolves as adults. But the rituals for adult werewolves were just as weird and often much more painful.

At the time of the birth, three women from the village would volunteer to act as his guardians or Godmothers, of sorts. They made him a very specific gown of wool before the first night of his life ends which the baby would wear as the sun comes up and through the next day. Those three women would then be responsible for the child, especially if happened to eat someone.

What happens if that doesn’t work? Well, if you can catch the baby woofy, the perfect presciption was a blood-letting from his forehead while he was in wolf form.

As a grown person, a werewolf would be treated with any form of magic or violence necessary to get them under control. In one Latvian tale, a boy with a lame leg scoured the countryside at Christmas, summoning the devil’s followers to him. If the sinner tried to remain behind, they were scourged with an iron whip which caused the human form to vanish and be replaced by a wolf for the next twelve days.

There was also the possibility that if you had access to the right sorcery, you might still be cursed, but you could be turned from evil. You could then take the role of “good” werewolf and act as your town’s protector for the period of Christmas. Still, come January, the beast or demon of the wolf regains control.

Unfortunately, in Finland there was no way to fully break a werewolf curse. You might be able to escape full transformation but you would be stuck with a wolf’s tail for the rest of your life. Do you have any idea how hard it is to get pants and coats tailored to accommodate a tail?

So, what if you’re the poor farmer out in the woods and need to protect yourself from a werewolf mauling? The top two recommendations are to leave your colander outside the door. The werewolf will be attracted by its shine and be immediately distracted trying to count how many holes are in it. Also, make sure your yard and fields are manure free. Apparently it’s easier to turn into a werewolf if you roll in a nice pile of manure. Who knew?

But hey, being a werewolf isn’t all bad. There is fun to be had. Forget reindeer games, you’ll be able to participate in the annual werewolf games. Way more blood and debauchery!

Olaus Magnus wrote in The History of the Northern Peoples that the festival of Christmas included a strange conversion of men into wolves. “There is a gathering of a huge multitude of wolves which have been changed from men.” When an isolated human habitation was detected in the woods, the werewolves would besiege it and the inhabitants “suffered more hurt than they ever would from natural wolves.”

“These human wolves break down doors and in the event of doing so, they devour all the human beings, and every animal which is found within,” Magnus wrote. But afterwards? All the werewolves would head to the cellars to drink their way through the beer or mead stores. Then, they would gather at a castle for a night of werewolf games to prove their strength and prowess. When the evening was over, any werewolf that lacked the strength or ability to jump over the castle wall was immediately eaten by the other wolves.

Have a Killer Christmas

Even though we don’t worry so much about Christmas werewolves any more, it’s the perfect time of year to snuggle up with a spooky holiday tradition. And if you are over Victorian ghosts and bedazzled vampires, a Christmas werewolf is a perfect antidote for the holiday doldrums. So, kiss your Christmas babies and leave a colander out on the porch. Who knows? Maybe a monster will leave you a little furry surprise on Christmas morning.

Alison Palmer is a quirky writer with multi-colored hair who lives in the middle of a land scorched by dragon’s breath. She is the mother of four children who are in training to be a Witch, a Dragon’s Princess, a Knight and a Dwarf. When she’s not actively daydreaming, she can be found searching old nooks and crannies for a brownie or house elf willing to come home and do the dishes for her. If she can’t find a brownie a pet unicorn would do. 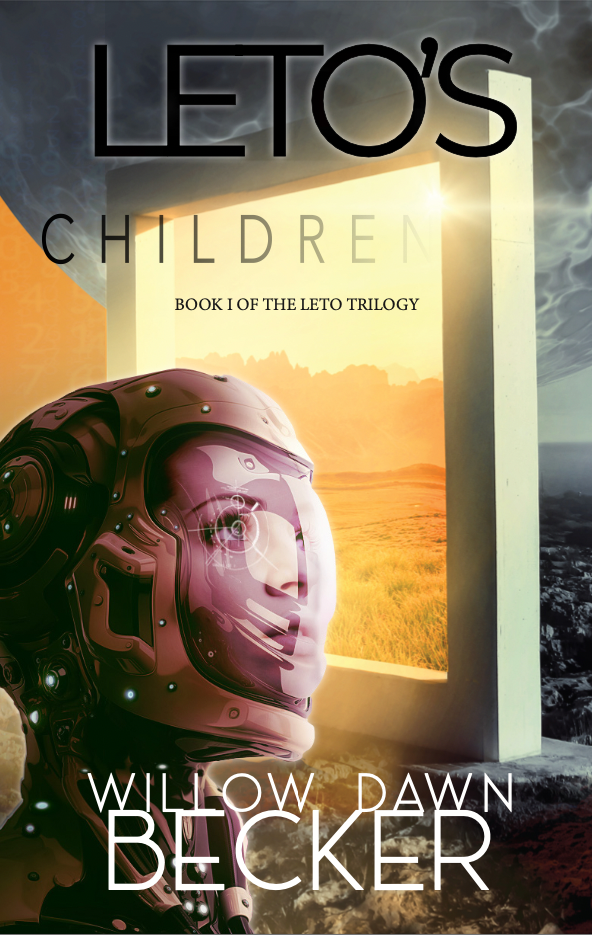 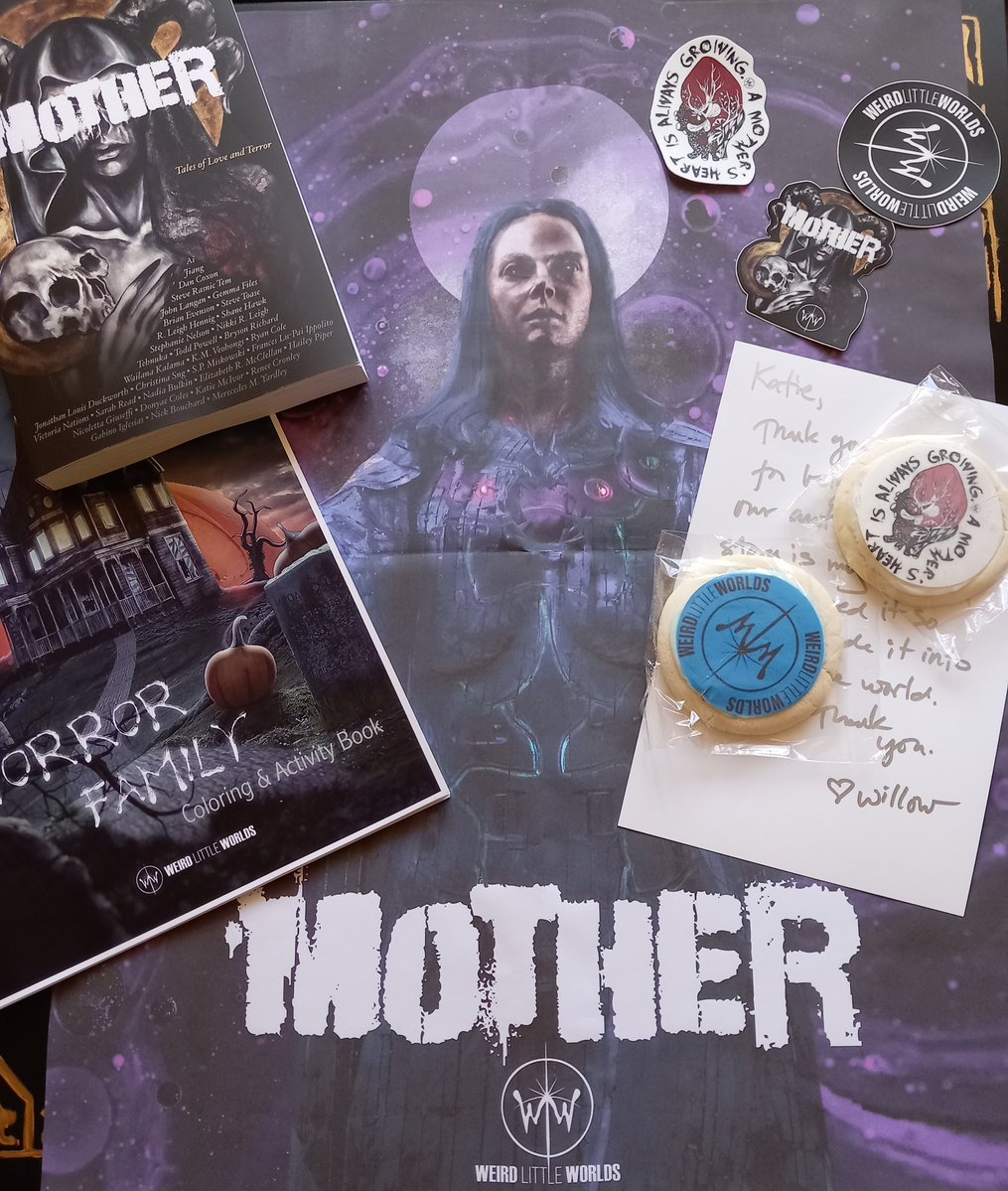 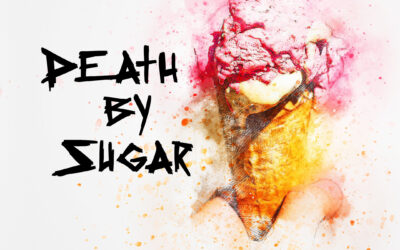 There are a lot of strange ways to die, but death by sugar is actually pretty common. If you ask any health guru, they'll tell you that sugar can cause cancer, diabetes, and drive you insane—at least for a little while. Unfortunately, it is not just the sugar-free... 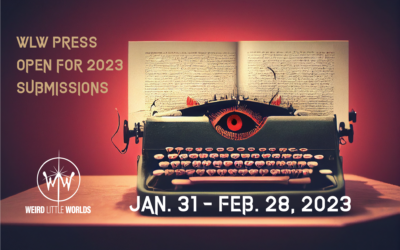 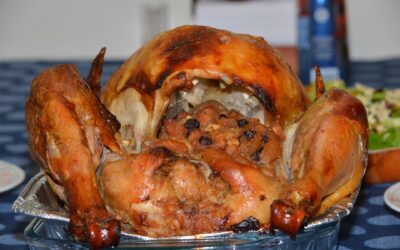